A Guest Post by Gord Sheppard of Create Awesome Meetings

Now imagine this scenario. You are a new immigrant who wants to work in Canada. In order to get a job and keep it you’ll probably have to:

On top of all of this you’ll also have to learn how to be effective during every meeting that you attend. For example, if you don’t understand the way that most Canadians conduct a job interview meeting then it is likely that you won’t know how to act. So while you may have spent a lot of time on your resume, all of your effort could be wasted because you do something negative during the interview. The same concept applies to all of the meetings you attend once you get hired, as well as any volunteer meetings that you participate in.

Another problem (that you may not even be aware of) is that you are used to the way people conduct meetings in your home country. For example:

So how can you quickly adapt to make sure that your next meeting is as effective as possible?

When I did a Keynote Speech called “How To Be Effective In Any Meeting” for 150 highly educated new Canadian immigrants at the Smart Connections event for ERIEC (Edmonton Region Immigrant Employment Council) I learned just how tough it is for new immigrants to conduct effective business meetings. The feedback from the audience included:

– My ability to speak English is not strong enough, so I often don’t understand what the other person is saying
– Where I’m from you’re supposed to wait to be told what to do, and sometimes meeting leaders in Canada want you to speak up first
– A woman would never be leading a meeting where I’m from, so how do I respond to a female meeting leader here?

So, because my mission is to help everyone learn how to have more productive and inspired meetings, I have put together this practical guide to help new immigrants quickly adapt to any type of meeting in Canada, no matter where you’re from.

Great business meetings start with you

If you understand the good and the bad about yourself, then you can avoid behaving negatively during a meeting, and you can also bring out the best you have to offer so you can make the meeting fantastic. For example, let’s say you’re a highly qualified Accountant from India, and here’s what you know about yourself:

To prepare for a job interview you will have to:

You should be aware of how people behave during meetings in Canada compared to the way that you conduct meetings in your home country. For example, people in Japan hand a business card over with two hands and bow their heads as they do this. Whereas in Canada people often toss their business cards on the middle of the table.

In this FREE 30-minute Practice Management Nugget Webinar with Professional Meeting Facilitator Gord Sheppard that explains 10 Ways You Can Create Awesome Meetings… and YOU are invited!

If you attend meetings or lead meetings and you want practical tips that you can use right away to make meetings more productive and profitable then you need to register for this webinar right away!

10 Ways You Can Create Awesome Meetings

“10 Ways You Can Create Awesome Meetings” is an entertaining and informative presentation by Professional Meeting Facilitator, Consultant, Speaker, Instructor and Author, Gord Sheppard. Based on his experience in more than 2000 meetings, Gord offers funny stories and practical information that will help you to take action and create awesome meetings that are more productive and profitable!

Changing The World, One Meeting At A Time.

What other people have to say about Gord Sheppard

“Over the years, I have been part of numerous planning sessions, but I have to say that Gord’s ability to get straight to the point and see through all of the cloudiness is inspirational. He has an uncanny gift of being able to read individuals and situations, while bringing out their best in a very short amount of time. He helped us to produce great results that are truly actionable.”
Cynthia Annett, Board Chair
Special Olympics Edmonton

“Having gathered a group of smart and powerful people to consult on a potential new project, I was nervous; these were not people with time to waste. I put my trust in Gord to create a meeting that would make good use of the time they were spending in the room that day, and he did not disappoint. Somehow, he simultaneously fostered a relaxed and casual atmosphere while keeping us on topic and on schedule. He ushered us through an extremely productive and rewarding conversation but never gave us any feeling of being controlled or overly formal. Not only did we accomplish our objectives, several of my attendees commented to me afterwards on the quality of the meeting and the facilitation. I’m grateful to have had Gord in my corner that day.”
Nadine Riopel
Facilitator and Community Organizer

Gord Sheppard is a Professional Meeting Facilitator, Consultant, Speaker and Author at Create Awesome Meetings who can help you create more productive and profitable meetings. During his 25 years of work experience Gord has facilitated, run and participated in more than 2000 meetings and he has lived to tell the tale!

Gord's formal training includes a Masters in Business Administration from the University of Alberta, a Bachelor's Degree in Drama from Queen's and Prosci Change Management Certification. With his combined skill set Gord offers a people-centred facilitation approach that can help you make your next meeting awesome!

"The 15 Day Privacy Challenge has made me aware of the policies that my facility needs to update/create!" 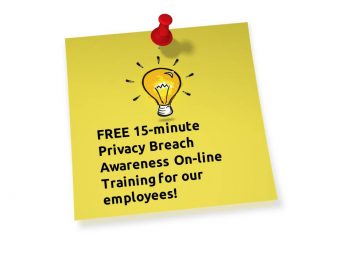